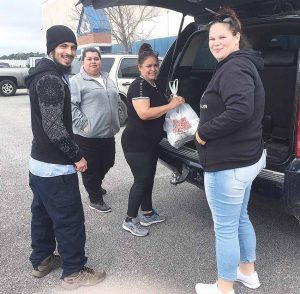 Perhaps surprising to no one, Gov. Roy Cooper has extended the state mandated closing of public schools in response to the coronavirus COVID-19 through at least May 15 and cut in half the number of people allowed in public gatherings to 50.

South Carolina Gov. Henry McMaster went far further Monday, reducing the number of people allowed in public gatherings to just three, ordering police to disburse any groups of four or more. His order does not apply to businesses or employers.

School’s out through May 15 in NC

“We’re ready to start digital learning across the district with all students starting Monday,” Jones said.

School leaders expect questions, and are planning a Facebook Live question and answer session following the first day of on-line instruction, at 6 p.m. Monday, March 30, Jones said. That will be available here.

A help desk for Columbus County Schools’ parents will also open March 30, as classes resume. Parents may call 910-499-0080 or e-mail loginsupport@columbus.k12.nc.us for assistance.

Work packets were sent to students last week, as schools were closed at least through the end of this week by Gov. Cooper’s March 15 executive order.

Teachers spent much of last week preparing for distance learning using Google Classroom, with parents and students notified on just how to use the online portal here.

“Teachers spent this past week preparing online lessons through Google Classrooms,” Jones said. “We’re ready to start digital learning across the district with all students,” Jones said. “We’ve identified partners that will provide Internet access in those areas that are underserved.”

Students without devices to access on-line learning are being assisted on a case-by-case basis, Jones said.

There will be less emphasis on on-line learning for K-2 students, Jones said. Parents have been notified on those process.

“If parents absolutely cannot accommodate what we’ve asked them to do, they can contact the school’s principal and we will make other arrangement,” Jones said.

Meals, both breakfast and lunch, will continue being served at all of the county’s schools for now, Jones said. Those meals are available to any child 18 years of age and younger, and available for pick-up at each school, breakfast from 8 to 10 a.m., lunch from 11 a.m. to 1 p.m. weekdays.

“There is a demand for it,” Jones said.

Federal requirements for end-of-grade testing have been suspended, but state mandated testing will require action from state lawmakers, who have not been in session since the schools were closed.

Orders limits gatherings in NC to 50, SC to 3

Social distancing rates closely behind hand washing and other sanitation efforts in both state and federal recommendations to combat the spread of COVID-19.

Gov. Cooper in Raleigh and Gov. McMaster in Columbia each issued new orders Monday designed to slow the spread, South Carolina banning public gatherings to no more than three people, the cap in North Carolina, for now, set at 50.

Statewide confirmed cases of COVID-19 were nearly 300, state officials said Monday, a number that does not include some reports from county health departments. No one in North Carolina has died from the disease, state leaders said Monday.

Gov. Cooper encouraged those business owners to close sooner, but said legal enforcement of the ban would begin Wednesday afternoon.

Neither Gov. Cooper nor Gov. McMaster have issued shelter-in-place orders, but have encouraged private employers to send workers home when possible, and to encourage work-from-home policies when possible. 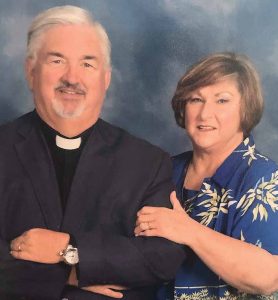 Nearly a week after being swabbed for a COVID-19 test, Margo Strong of Longs and her husband Dr. Kim Strong were still awaiting results of that test, he said Monday.

“She is now home,” Dr. Strong said by text. “The hospital said they thought LabCorp in Burlington, N.C. ran out of diagnosing kits.

The Coronavirus consists of two parts. The nose is swabbed locally and then transported to LabCorp. They, according to McLeod Seacoast, have likely ran out of the kits used to test for virus.”

Pending the result of that test, Mrs. Strong was advised to isolate at home, her husband said.

“After permission that took two days, we began splitting foods into smaller quantities to sell to the public,” VP of Operations Cameron Dozier said Monday.

Orders can be placed here, where a two page list of available items is expected to be available Tuesday (March 24) and updated as needed with everything from vegetables, meats, seafood and paper products.

Purchases may be picked up at Carolina Food Services, and free delivery is available in a 15-mile radius. Call 843-756-7403.

Government offices in Horry County are closed to the public, those in Columbus County remain largely open, though officials encourage the public to do as much business as possible by phone, e-mail or online.

Foot traffic at Tabor City Town Hall “ has dwindled down,” Leonard said. “It’s about 20 percent of what it usually is.”

Customers are encouraged to pay utility bills and taxes by using the U.S. Mail, a drop-box outside of town hall, or by calling town hall to pay by credit card.

A decision to close the NC Visitor Center, operated by the town, was made last week, the closing through April 19, though it could be extended, Leonard said.