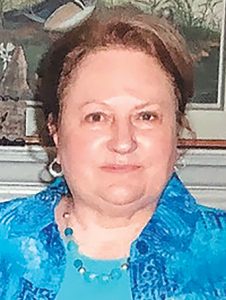 Mary Ann Huggins Shoenemann Jay of Houston, Texas passed away on Thursday, April 2, after battling cancer. She was 76.

Born Oct. 5, 1943, in Washington, D.C.  Mrs. Jay was the daughter of the late John H. Huggins and Esther Moore Huggins of Loris.

Mrs. Jay was a graduate of Green Sea High, Drake University of Des Moines, Iowa and had a masters from University of Texas in Houston, a retired Social Worker with Child Protection Services of Harris County in Texas, and a member of First Baptist Church of Houston.

Mary Ann was predeceased by her husbands, Ron Jay and Al Shoenemann; and a brother, Earl D. Huggins of Loris.

Due to the COVID-19 restrictions, a service will be held at a later date in Houston, Texas.