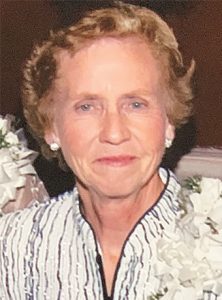 Born March 12, 1937 in Columbus County, she was the daughter of the late Julius Neal Hawes and Lucy Lympus Faulk Hawes and the widow of Norman Cordis Benton.

She was a loving wife, mother, grandmother and caretaker of many. She was a member of Bethesda Fellowship Church in Nakina. She retired from National Spinning after more than 50 years of employment as an inspector and lab tech.

In addition to her parents and husband, she was preceded in death by one brother, Hilbert H. Hawes; and an infant sister, Dula Gray Hawes.

Drop-in viewing will was planned from 2 to 5 p.m. Friday, April 10, in Inman Ward Funeral Home.