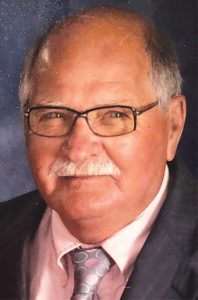 James Wade Williams of Bladenboro passed away on Thursday, April 16. He was 79.

Wade was retired from Atlantic Corp. in Tabor City.

Wade loved God, his family, his church and his fur baby, Toby. He was a people person and never met a stranger. He will be greatly missed.

Vehicles will be directed in and out of parking lot. Everyone is asked to remain in their vehicles.