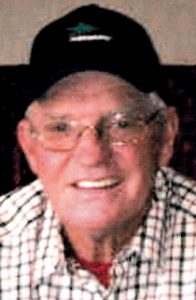 Born May 10, 1943 in Columbus County, he was the son of the late Rifton Joseph Gore, Sr. and Edith Gore.

In addition to his parents, he was preceded in death by two grandchildren, Christen Vogel and Brandon Price and one step-son, John Keith Jones.

A drop in visitation was planned from 3 to 5 p.m. Monday, April 20, in Inman Ward Funeral Home.