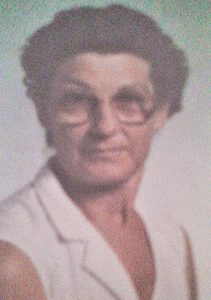 Born June 16, 1935 in Horry County, she was the daughter of the late Sam Causey and Lucy Wilson Causey and the widow of Odell Blanton.

In addition to her parents and husband, she was preceded in death by one son, Michael Cravelon Blanton; and one brother, Junior Causey.

A graveside service was planned for 4 p.m. Wednesday, April 22, in Antioch Cemetery, Loris.