An off duty Tabor Correctional Institution Officer was justified in shooting and killing a burglar he found inside his home last month, District Attorney Jon David said Friday.

Green was in the home of Carlton David Fidler, 61, when the off duty correctional officer arrived home just after 2 p.m., and ultimately fired shots at two intruders inside his home, hitting Green and killing him, a news release from the district attorney said.

“After consultation with our law enforcement partners with the Columbus County Sheriff’s Office and a review of all available evidence, including witness statements, photographs, and video surveillance footage of the home and local businesses, it has been determined that Carlton Fidler was legally justified in using deadly force under the “defense of habitation” doctrine,” the news release said. 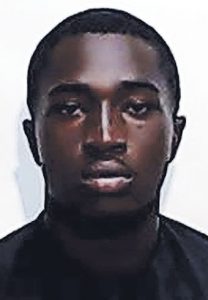 Sheriff’s investigators arrested the second man accused in the break-in on Friday, Tatum said. Keandre Javre Graddy, 18, Walter T. Wright Drive, Tabor City, was charged about noon Friday with breaking and entering in the Fidler break-in, and released from the Columbus County Detention Center a short time later under a $25,000 unsecured bond.

As Fidler arrived at his home on that Tuesday afternoon in April he “disabled his Blink security cameras, as was his habit and common practice,” the district attorney’s news release said. He was alerted by his phone that the cameras had recorded “a new event,” and reviewing those recorded he saw two men entering his home through a rear window.

Driving to the back of his home, Fidler got out of his vehicle, noticed a window air conditioner removed from a window, leaving an open hole into his home.

Standing just outside, Fidler saw the men inside, pulled a handgun he was carrying from its holster, and ordered the men to raise their hands, the news release said.

“Fidler stated that the individuals began to move around and toward him in an aggressive manner,” the news release said. “Fidler discharged his firearm into his home, through the open window two times. One of the bullets struck and killed Cameron Green.”

Fidler said the second man, later identified as Graddy, “fled the scene as Fidler discharged his firearm an additional three times,” the news release said. “The fleeing intruder was not struck but was later apprehended by the Columbus County Sheriff’s Office.”

Fidler had been a victim of “numerous break-ins” in 2019, on one occasion losing 13 guns that were stolen. He explained that to deputies who responded to his 911 call.

“Fidler told law enforcement that he was concerned that these could be the same individuals and they could still have in their possession the stolen firearms,” the news release said. “Fidler indicated that he was scared, believed that the intruders had weapons, and was unable to see the hands of the intruders during the incident.

“When law enforcement arrived, they located Cameron Green deceased from a single gunshot wound. Green was located in an area of the house where Fidler kept large amounts of ammunition and firearms. All of Fidler’s firearms were locked in a safe and secure during this incident. Law enforcement located numerous loaded magazines, belonging to Fidler, in the pockets of Green, but did not locate any other weapons.”

Investigators were able to corroborate what Fidler told them through surveillance footage from local businesses and from Fidler’s home, “mapping applications, and witness statements.”

David said he, senior members of his staff, Sheriff Jody Greene and investigators met at the sheriff’s office, reviewed the case, and “determined that Mr. Fidler’s actions were justified under North Carolina state law,” the news release said.

Key provisions of the law, cited by David, are that a “lawful occupant of a home” held “a reasonable fear of imminent death of serious bodily harm to himself” and “had reason to believe that an unlawful and forcible entry… was occurring or had occurred.”

“Mr. Fidler could not have known what Mr. Green’s intentions may have been,” the district attorney said. “Further, Mr. Fidler was located in the curtilage of his own home at the time of the incident and had no duty to retreat.

“Therefore, Mr. Fidler’s use of deadly force was entirely reasonable under the circumstances. Mr. Fidler was entitled to use self-defense and will not be criminally charged with the death of Mr. Green.”

Graddy, while charged in the break-in, will not face charges in Green’s death, David said.

“Although allowed by some states, North Carolina law does not permit a surviving co-defendant to be charged for the death of another co-defendant if he or she is killed during the commission of a felony by a third party,” David said.

David, senior prosecutors, and sheriff’s investigators met with the family of      Cameron Green Thursday “to explain our joint decision that Fidler would not face charges for the death of Cameron Green,” the district attorney said. “In an attempt to be as transparent as possible, I have invited the family of Mr. Green to have an attorney of their choosing review our file and all of the investigators’ findings.”

“Despite the fact that Mr. Green was violating the law at the time of his death, it is certainly a tragic outcome that he was shot and killed.”