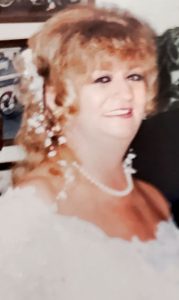 Judy Vernell Hyatt passed away on Sunday, May 10, at her home in Loris. She was 71.

Mrs. Hyatt was born on April 16, 1949 in Columbus County to the late Odell Baggett Miller and the late Hettie Mae Parker Miller Cox. Mrs. Hyatt was a loving wife, mother, and homemaker. She was also a member of Goretown Missionary Baptist Church.