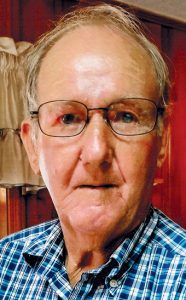 Born March 7, 1947 in Stark County, Ohio, he was the son of the late Henry and Flossie Boyer.

He is survived by his wife Judy Kay Boyer of the home; great nephew Daxton Fowler of Loris; one brother; and two sisters.

Smiley was a Tabor City Firefighter with more than 40 years on the department.