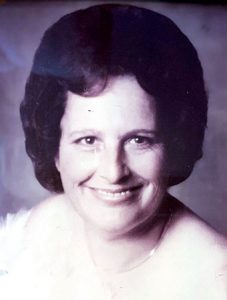 Genevieve Lewis Causey of Loris passed away on Tuesday, May 26, at McLeod Loris hospital. She was 80.

Mrs. Causey was born Dec. 6, 1939 in Loris to the late Boyd Edward Lewis and the late Blanche Livingston Lewis.

Mrs. Causey retired as an inspector from Loris Manufacturing and was a loving homemaker. She was a member of Live Oak Baptist Church and will be remembered as a loving wife, mother, grandmother, great-grandmother, and sister.

Graveside services were planned for 11 a.m. Saturday, May 30 at Princeville Cemetery with Rev. Johnny Causey officiating.

Family planned to receive friends during the hour preceding the service at Princeville Cemetery.