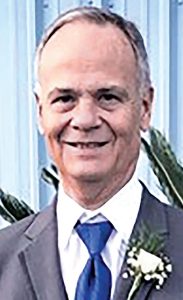 Born Feb. 3, 1961 in Robeson County, he was the son of the late Hubert Gordon “Doc” Dameron and Lois Jeanette Odum Dameron.

Mr. Dameron was a lifelong resident of Tabor City. He graduated from Tabor City High School in 1979 and continued his education at NC State University where he received a Bachelor of Science degree in Business. He was a member of Tabor City Baptist Church and was an avid hunter and fisherman.

Mr. Dameron was partner of Dameron Drug Store. His passion was helping others, especially the elderly. He delivered medicine to their homes and out of sincere concern, he would spend time with them. He always gave his time and service to meet the needs of others.

In addition to his parents, he was preceded in death by one brother, Dr. Frank Lee Dameron.

Visitation was planned from 6 to 8 p.m. Wednesday, June 3, in Inman Ward Funeral Home.