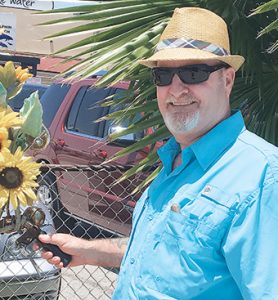 Charles Joseph Seymour, Jr. of Loris passed away on Saturday, May 30, at McLeod Loris hospital. He was 62.

Mr. Seymour was born on December 31, 1957 in Brooklyn, NY, to the late Charles Joseph Seymour, Sr., and the late Marion Brady Seymour. Mr. Seymour retired from Jersey Central Power and Light as an electrician and was of the Catholic faith.

Family planned to receive friends during the hour preceding the service in the funeral home.