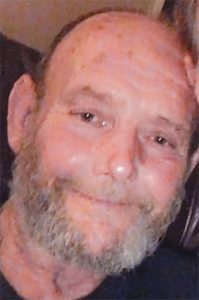 Olen Terence “Terry” Lovett, a lifelong resident of Tabor City, passed away at MUSC in Charleston on June 1. He was 64.

He was born Aug. 13, 1955 in Marion. He was the son of the late Olen Lovett and Jean Dimmery Lovett. He was a graduate of Tabor City High School and Southeastern Community College, later attending NC State University.

He treasured the time he spent with his beloved sons, Campbell (Crystal) and Trevor (Stacie) of Kingstree. He is also survived by his brother, Todd Lovett (Vickie) of Tabor City, and their daughters, Kelli and Brandi; his grandchildren, Damien, Blakeli and Piper; a special cousin, Jeff Lovett; many other family and friends; and his granddogs, Allie, Muggsy, Lucky, Jewel, Macy and Riley.

Terry was an avid NC State fan, enjoyed cooking, working in the garden, and playing golf. Most of all, he enjoyed being in the company of his two sons.

A memorial service was planned for 6 p.m. Monday, June 8, in the Inman Ward Funeral Home Chapel.