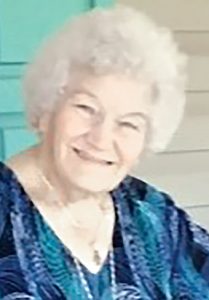 Born Aug. 18, 1937 in Columbus County, she was the daughter of the late Carter Braxton Cartrette and Beaulah Sellers Cartrette and the widow of Everett Norris and Joseph Spivey.

Due to the COVID-19 pandemic, social distancing will be observed and the family request that who attend wear a mask.