Mark Causey won Republican nomination for the District 9 Horry County Council seat in Tuesday’s GOP runoff, with nearly 60 percent of the vote making him the heir apparent of the seat that has been held for decades by Paul Prince.

Causey claimed 975 votes in the unofficial total from Tuesday’s voting, 59.71 percent of the total, with Terry Fowler collecting 658 votes.

Both Loris area men finished ahead of Rome Prince, son of the incumbent, and Marshall Russell in the June 9 primary, Causey leading then, too, but without the majority of the total needed to avoid a runoff.

There is no Democrat challenger for the seat.

“I also want to thank my family for supporting and standing by me during this election. Thank everyone for believing in me.”

Fowler was gracious, and appreciative of his supporters.

“We are sending a huge ‘Thank You’ to all of our supporters,” Fowler said. “Bridgett and I will continue to dedicate ourselves to our community helping flooded families, local charities, our church and river cleanup.

“We ask that you join us in volunteering in our amazing community. We wish Mark well in his new venture on council.”

Republican Chris Smith will face incumbent Democrat James Prevatte for the District 2 seat on the Columbus County Board of Commissioners in November after winning a “do-over” GOP primary on Tuesday.

Smith was the clear winner in the unofficial counting, with nearly 61 percent of the vote in a three man race that included Mack Ward and Bernard White.

Only voters in the Evergreen to Hallsboro area district were eligible to vote in the primary, ordered by the N.C. Board of Elections because some voters were improperly given ballots in the original March 3 primary election.

Ward narrowly won the original vote, with a four-vote margin over Smith, White a distant third in March. 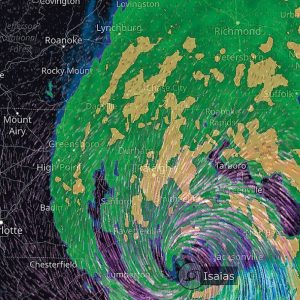 COVID claims nine in Horry, two in Columbus since Thursday