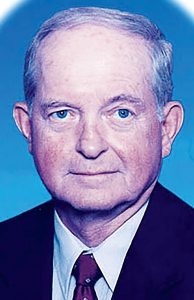 Barrie Lee Harrelson of Loris passed away on Saturday, June 27, at McLeod Hospice House in Florence. He was 79.

Born June 21, 1941 in Mullins, he was the son of the late David Henry Harrelson and the late Elizabeth Drew Harrelson.

Mr. Harrelson served his country with courage, honor, and distinction in the United States Marine Corp. for eight years. After his service he was the owner and operator of Harrelson’s Seafood in Murrells Inlet until his retirement.

Mr. Harrelson was a loving husband and father with many interests outside of his work. He and his wife raised Appaloosa horses and were blessed to have had ten national or world champion horses. He loved working with his hands, both in the yard and with woodworking. He enjoyed bird watching, especially Cardinals, and he and his wife attended Loris First United Methodist Church for many years.

Survivors include his loving wife of 51 years, Merelyn Harrelson; one son, Wesley Harrelson of Loris; a brother, Jerry Eugene Harrelson and wife, Mary Ann of Inverness, Florida; and many loving nieces and nephews.

Family appreciates flowers, or memorials made to a charity of choice in Mr. Harrelson’s memory.