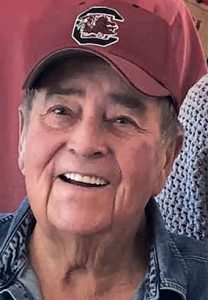 Joseph Elwood Holmes of Conway passed away on Sunday, June 28, at his home. He was 89.

Mr. Holmes was born July 12, 1930 in Conway to the late William Daggett Holmes and the late Mary Gause Holmes. He was the owner and operator of El Dorado motel and was of the Baptist faith.

Services will be private.