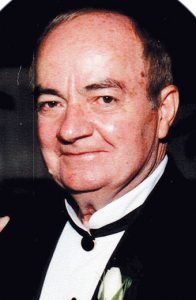 Joseph Waldo Hardee of Loris passed away on Saturday, July 4, at CM Tucker Nurse Care Center in Columbia. He was 90.

Mr. Hardee was born March 1, 1930 in Loris to the late Thelton Cromwell Hardee and the late Martha Lezettie Cox Hardee.

Mr. Hardee proudly served his country with courage and honor in the United States Air Force during the Korean Conflict. After the military, Mr. Hardee worked in the fuel and oil business and owned both a restaurant and convenience store. He was of the Primitive Baptist Faith and had a passion for golf, but will be most remembered as a loving father and grandfather.

Due to concerns regarding the coronavirus those attending visitation or the service are asked to wear a mask and exercise social distancing.