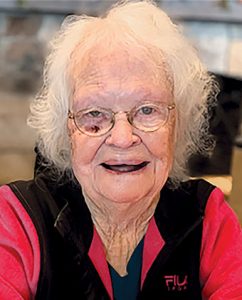 Bernice Marie Hall of Clarendon died Sunday, Aug. 9, in her home. She was 92.

Born Oct. 18, 1927 in Latta, she as the daughter of the late John Monroe McDowell and Ella Belle Alford McDowell and the widow of Cephas Hall.

A graveside service was planned for 10 a.m. Thursday, Aug. 13, in the Hall and Simmons Cemetery, Jim Jolly Road, Clarendon.

Family planned to receive friends after the service in the cemetery.