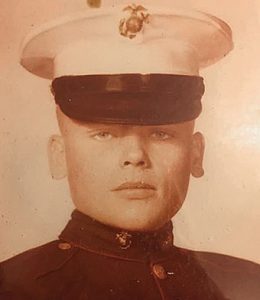 Mr. Smith was born on July 31, 1934 in Troy, New York to the late John Barton Smith, Sr., and the late Margaret Conley Donna. He was the step-son of Artell Donna.

Mr. Smith served his country with honor, courage, and distinction in the United States Marine Corps. He worked as a Cement Plant Technician for 35 years until his retirement.

Mr. Smith most loved his family, country, the Boston Red Sox, the outdoors, reading, traveling, and was of the Catholic faith.

A Mass of Christian Burial was planned for 3 p.m. Friday, Aug. 14, at Catholic Church of the Resurrection, interment following at Carter Cemetery.