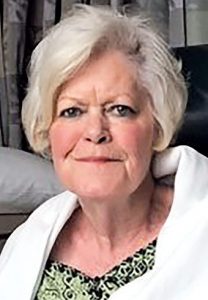 Born April 20, 1947 in Horry County, she was the daughter of the late Eugene Russell Grainger and Dorothy Mae Prince Grainger.

In addition to her parents, she was preceded in death by one brother, Larry Eugene Grainger.

Visitation was planned from 6 to 8 p.m. Sunday, Aug. 23, in Inman Ward Funeral Home.

A graveside service was planned for 11 a.m. Monday, Aug. 24, at the Carolina Baptist Church Cemetery.