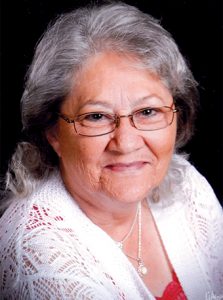 Born Feb. 17, 1943 in Columbus County, she was the daughter of the late Clifford Nobles and Prudie Soles Nobles and the widow of Dewey Delane Cartrette.

Visitation was planned from 6 to 8 p.m. Wednesday, Sept. 16, in Inman Ward Funeral Home.

Due to the COVID-19 pandemic social distancing will be observed and all who attend will be required to wear a mask.