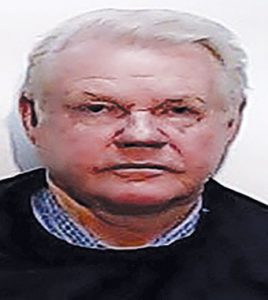 Byrd, 71, of Giles Byrd Road in Hallsboro, was released under a $25,000 unsecured bond after surrendering himself at the Columbus County Law Enforcement Center in Whiteville. A first appearance hearing was set for Monday in Hallsboro.

Sheriff Jody Greene had not returned a call seeking comment by 4:30 p.m. Friday. Sheriff’s spokeswoman Michelle Tatum, in an e-mail reporting the arrest, said the agency would release no further information because the investigation is ongoing.’

A warrant obtained by Det. Adam Sellers alleged that Byrd stole a 10 x 16 Amish Barn owned by Maury Glenn Reaves of Honey Hill Road, Hallsboro, and possessed the barn on his property. Value of the barn, the warrant said, was $6,336.

Willis said the matter was a civil dispute between Byrd and Last Chance Campground and Reaves.

Efforts to contact Reaves for this story were not successful.

Willis, Byrd’s attorney, called the dispute over the barn “a civil matter,” and added that he had contacted Det. Sellers and made him aware of that background.

“I thought that would make it go away, unless Maurey Reaves want to pursue it,” Willis said. “He hasn’t indicated anything like that.

“I believe Buddy will be vindicated early, once we get this before a court.”

Byrd and four of the seven current commissioners have sided against Sheriff Greene on budget requests in recent weeks and months, including funding for helicopter maintenance and repairs, “riot gear” and other equipment for deputies, and vehicles and equipment for new bailiffs.

“He’s been in controversy with several of the county commissioners,” Willis said of the sheriff.

Byrd, a Democrat, is a long-serving commissioner, who ran unopposed in 2012, and faces a challenge from Republican Raymond Battle of Whiteville for the District 3 seat in the November general election.

Look for more on this story as events warrant, and in the next Tabor-Loris Tribune in print and online.