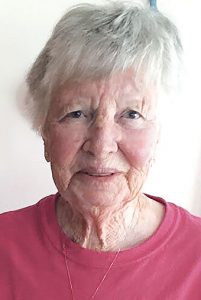 Genell Henderson of Loris passed away on Nov. 12, at McLeod Regional Medical Center in Florence. She was 89.

Ms. Henderson was born on Oct. 8, 1931 in Mullins to the late Edward Worth Henderson and the late Zelma Lee Stephens Henderson. Ms. Henderson worked as a Payroll Secretary at M.T.I in New York until her retirement and was of the Baptist faith.