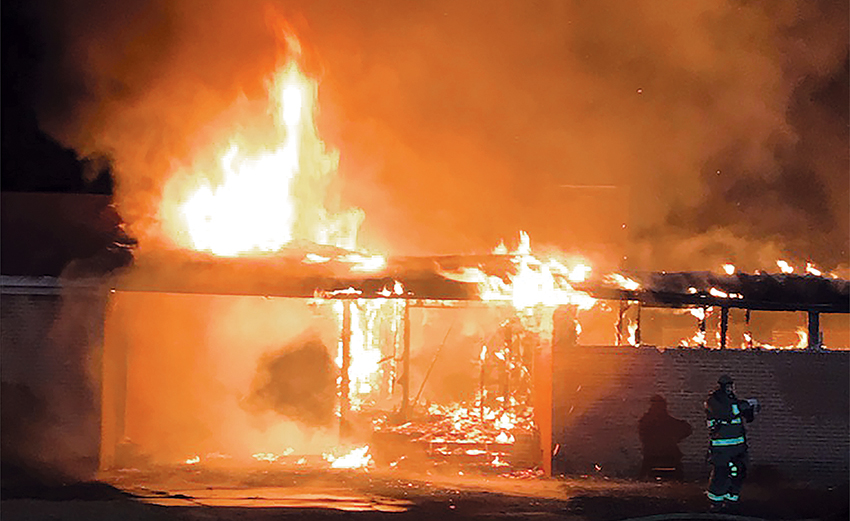 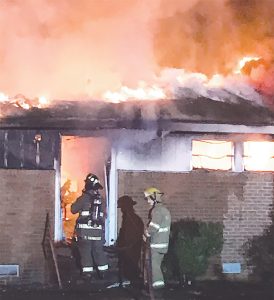 Firefighters responding to a Miller Road house at about 1:30 a.m. Friday found the single-story structure filled with what is believed to have been an intentionally set fire, Columbus County Fire Marshal Shannon Blackman said. “It was arson,” Blackman said. “There hasn’t been power to the house since 2017, no reason for it to start.” Lucille Inman of Tabor City owns the house. Blackman said he has no suspects, no “persons of interest” in the case so far. Williams Township Fire Department was backed up by the Tabor City and Nakina fire departments and a Tabor City Emergency Service ambulance, Blackman said. (Rocky McPherson photos)