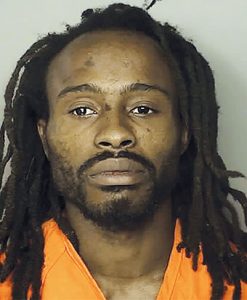 An arrest has been made in an apparent drive-by shooting that left a Loris man dead on May 19, the Loris Police Department reports.

Stephon Antwan Johnson, 26, of Loris was apprehended through the efforts of the Loris Police Department, Horry County Police Department, State Law Enforcement Division (SLED), and the US Marshals Service including Task Force Officers assigned to that federal agency, the LPD reported.

Johnson, also known as “Snoop,” was charged with murder and possession of a weapon during the commission of a violent crime, and held without bail at J. Reuben Long Detention Center near Conway following his late afternoon arrest on May 27, jail records show.

A Loris Police Department officer was nearby and heard multiple gunshots, with a small crowed reported in the immediate area, LPD Chief Gary Buley said.

Cox was found gravely injured in the passenger seat of a car, and died later at McLeod Loris hospital.