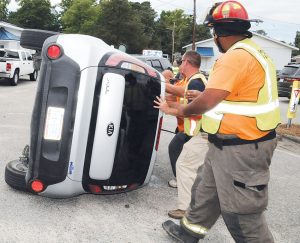 Tabor City Emergency Service had a very rapid response to a Tuesday crash that took place in front of their Jones Street quarters and  a Kia Soul on its side, a Ford Fusion rolling to a stop down the street. In fact, member Beverly Elliott called the crash in, bringing local police and firefighters to the scene. Three people were taken to a hospital with non-life-threatening injuries, Maj. Russell Conway of the Tabor City Police Department said. Both the Kia and Ford were headed towards town when the Fusion made a right turn from the center turn lane, striking the Kia and flipping it on its side, Conway said. Angela Cartrette, 40, of Clarendon was alone in the Kia. Candra Freeman, 25, of Clarkton was driving the Ford and had one passenger. Firefighters tipped the Kia back onto its tires. (Deuce Niven, TLT) 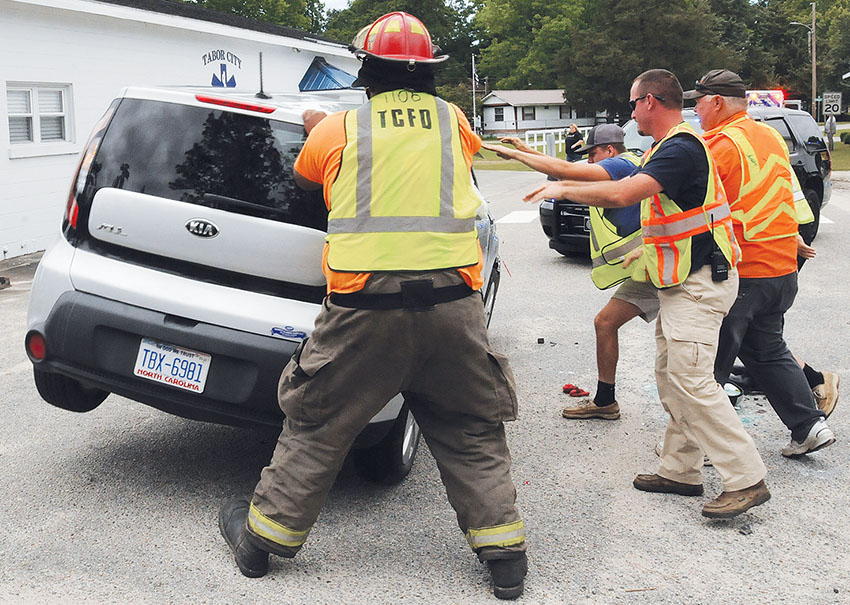