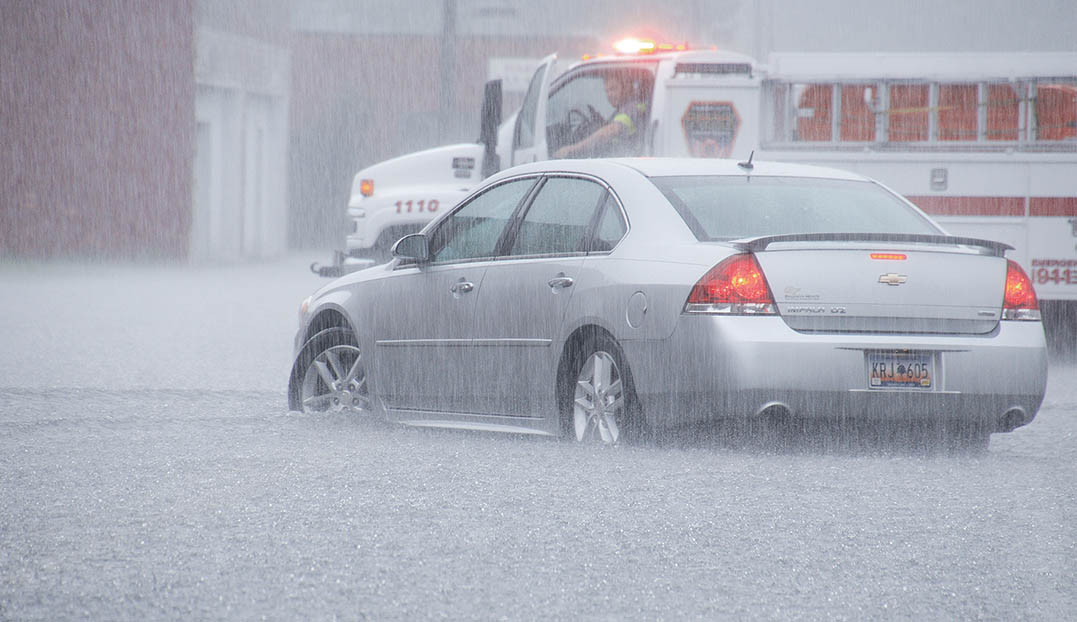 Several low lying Tabor City streets were closed during an early- to mid-afternoon downpour, part of a front moving through the region on Tuesday. A motorist headed west in the 100 block of East 5th Street was turned around by the Tabor City Fire Department before reaching water too deep for it. East 4th, at the fire department, was also closed, with water across the roadway in many parts of town. Some street flooding was also reported in Loris. Flash flood advisories from the National Weather Service are in effect, with significant rain expected through Wednesday. Look for more Wednesday’s Tabor-Loris Tribune, in print and online. (Deuce Niven, TLT)