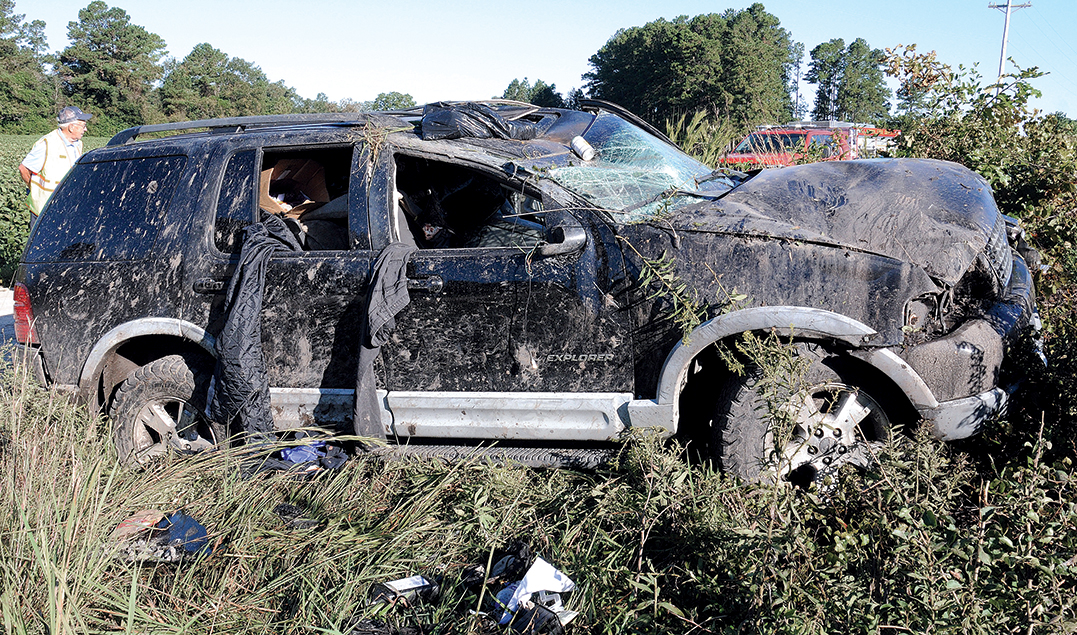 Despite a very rough ride that appeared to include rolling at least once, the lone woman occupant of this Ford Explorer did not appear to have life threatening injuries, Loris Fire Department members on the scene of the Friday morning mishap said. Fire Chief Jerry Hardee said the SUV was apparently northbound when it drifted off the roadway, the driver apparently overcorrecting, sending the Ford across US 701 north of Twin City Cemetery, careening through a deep canal, and coming to rest just across the R.J. Corman Railroad tracks. An Horry County Fire Rescue ambulance crew took the woman to Grand Strand Regional Medical Center in Myrtle Beach. (Deuce Niven, TLT)

Though distant, Ian impacts school and other schedules