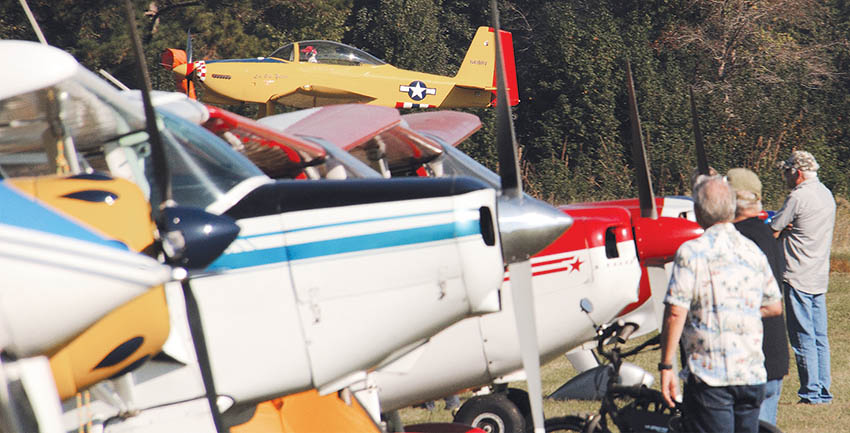 Near perfect weather greeted those flying into, and arriving by ground transportation, at the second annual Green Sea Fly-In on Saturday, an event under new ownership and revived after an absence of several years. More than 40 aircraft were on the ground well before noon, others arriving. Among the highlights was a World War II era T-6 owned by American Dream SkyRanch, recently relocated from Kissimmee, Florida to Ninety Six. Aircraft arriving as people were viewing planes on the ground were much farther away than the telephoto compressed photo makes it appear. (Deuce Niven, TLT)