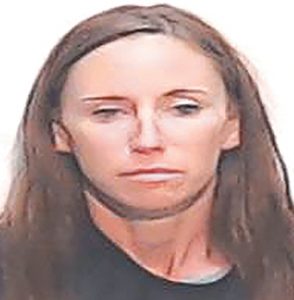 , 33, of Sellers Town Road, Whiteville, “did not deny” what deputies had seen on the Facebook Live, which has since been deleted, Chief Deputy Aaron Herring said in a Dec. 3 news release.

Arrested for drug offenses, Keene earned an additional charge after she was placed in a patrol vehicle and told a deputy “that she was going to urinate in the vehicle purposely,” the news release said.

Keene was charged with possession with intent to manufacture sell or deliver a schedule 6 controlled substance, possession of drug paraphernalia, and damage to government property. Her bond was set at $4,000 secured.

Deputies learned of the video through “an anonymous person,” the news release said, and were able to view the video before investigators and H.E.A.T. team members went to the Keene home.

Investigators obtained a search warrant and “collected” marijuana and prescription medication not prescribed to Keene, the news release said.