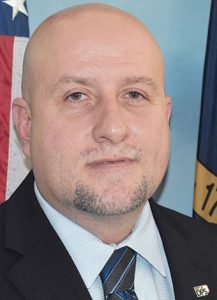 Tabor Correctional Institution has a new warden with Jamie Jordan promoted to the prison’s top post.

Bullard’s promotion was announced by the Division of Adult Correction and Juvenile Justice, a North Carolina Department of Public Safety news release said Monday. He had been the associate warden for custody at the prison since December 2019.

“Warden Bullard is an exceptional, insightful leader with deep knowledge of the prison and how the prison system operates,” said Commissioner of Prisons Todd Ishee. “His two decades of hands-on experience will be invaluable in running a large, complex prison such as Tabor Correctional.”

Bullard is responsible for all operations at the Tabor Correctional Institution, which houses roughly 1,000 close, medium, and minimum custody male offenders.