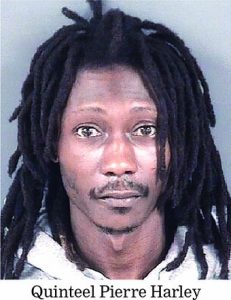 Two Loris men have been charged in the January slaying of a Fayetteville merchant, the most recent last week.

Quinteel Pierre Harley, 34, and Rasheem Lopez Grant, 28, are both charged with first degree murder, robbery with a dangerous weapon, possession of a firearm by felon, and felony conspiracy, Officer Jeremy Strickland of the Fayetteville Police Department said Tuesday.

Harley was arrested by the Brunswick County Sheriff’s Office on April 12, and released to the Fayetteville Police Department a day later, jail records there show. 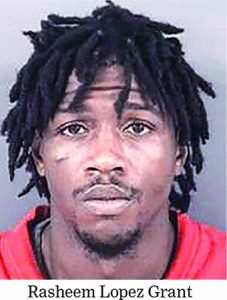 Grant was arrested by US Marshals in Columbia on January 14, and extradited to Cumberland County and Fayetteville on Feb. 4, a FPD news release said.

Both were held in the Cumberland County Jail without bond.

At the time of Grant’s arrest detectives were working to identify a second suspect, later determined to be Harley, Strickland said.

Both are charged in the Jan. 4 shooting death of Eddie Saez, 34, of Birch Road in Fayetteville, during a shooting that took place on Yadkin Road in that city.

Officers responding to a reported shooting at Southern City Swag Boutique on Yadkin Road on Jan. 4 found a man, later identified as the store owner, Saez, dead inside the business, the FPD reported.

Police released surveillance video of the two suspects, and an Infiniti SUV believed associated with the men, during the investigation.