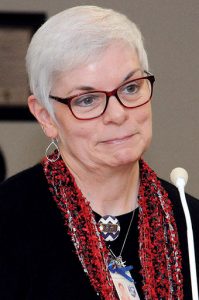 Smith said the test result was expected. Earlier Tuesday she said a combination of symptoms and interview answers from the person tested for Monkeypox made a positive test more likely than not.

Smith declined to provide any identifying information about the person, including gender.

Monkeypox, cdc.gov says, is related to the smallpox virus with similar symptoms, though milder and “rarely fatal.”

Its symptoms, the CDC said, are very painful, with a severe rash on or near the genitals; sometimes in other aeras including hands, feet, chest, face or mouth; and several stages including scabs before healing. In early stages the rash can “look like pimples or blisters and may be painful or itchy,” the CDC reported.

Some people experience flu-like symptoms first, some get the rash then other symptoms, and still others only experience the rash.

“Monkeypox can spread to anyone through close, personal, often skin-to-skin contact,” the CDC reports. That includes direct contact with the rash or scabs, touching fabrics and other surfaces used by an infected person, and contact with respiratory secretions.

Direct contact spreading the disease can take place during sex; hugging, kissing or massaging, prolonged face-to-face contact; and touching objects that have been used during sex.

Men and women may get Monkeypox, Smith said, but nationally most cases have involved men, many gay or bisexual.

Vaccines are available, but limited. Anyone who thinks they may be at risk for Monkeypox should contact their physician or the health department.

Anyone who suspects they may have contracted the disease should do the same, Smith said.

For more on this story and the latest on the COVID-19 pandemic see today’s Tabor-Loris Tribune in print and online.