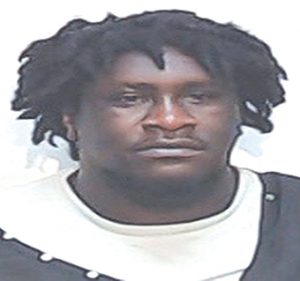 A search warrant served in Nakina resulted in the arrest of a Tabor City man on drug related charges, the Columbus County Sheriff’s Office reports.

Tamol Sophion Washington, 32, of James Street, Tabor City, was charged with trafficking in cocaine, possession with intent to sell and deliver cocaine and marijuana, maintaining a place for a controlled substance, possession of drug paraphernalia, and resisting law enforcement, arrested Aug. 30 on Josh’s Avenue in Nakina, a report by Deputy Lee Perry said. 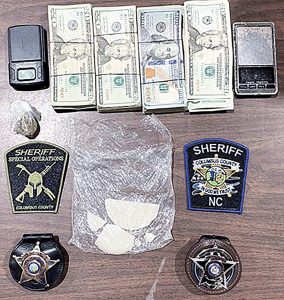 Drugs & money the CCSO describes as seized from Josh’s Avenue in Nakina.

“During the search, investigators located over 36 grams of cocaine and marijuana,” the news release said.

Washington fled from investigators, the news release said, “but was taken into custody in the rear portion of the property.”

Washington was held at the Columbus County Detention Center under a $50,000 secured bond.

Look for much more of the week’s news in the next Tabor-Loris Tribune in print and online.