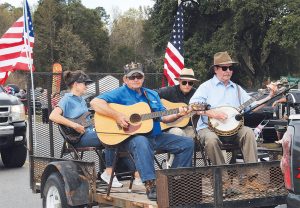 Mother Nature smiled Nakina’s annual Veterans Day Parade on Saturday, but other events scheduled for later this week are facing the headwinds of Tropical Storm Nicole as it moved into the south Florida coast Wednesday afternoon.

Area events that have been cancelled, postponed, or are hoping for clear skies this Saturday, include:

Updates will be posted here as warranted.