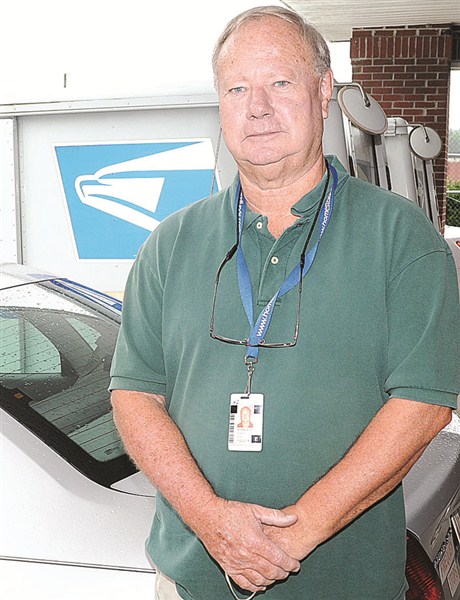 Ronald Floyd says he’s no hero.
One Loris woman, and the U.S. Postal Service, have a different opinion.
Floyd was honored as the 2012 National Hero of the Year during the annual convention of the National Rural Letter Carrier Association held Aug. 14 in Buffalo, NY.
“There were hundreds of nominees all across the country,” Floyd said last week. “All of them are heroes. There’s nothing special about me.”
Carole Shipley painted a different picture of Floyd for postal officials, after he broke away from his postal duties in February 2011 to stamp out flames from a grass and brush fire that were threatening the home on his Loris area mail route.
“He is a wonderful man, and I am so grateful for his assistance,” a Postal Service news release says, quoting Shipley.
“It wasn’t that much,” Floyd, a Route 1 letter carrier said.
Floyd was one of five nominated for the national award, the first winner from South Carolina. He believes he received the award not for helping Shipley in her time of need, but for returning later, just to make sure she was OK.
When he returned, flamed had picked back up and again threatened Shipley’s home.
“I think it was going back that made a difference,” Floyd said of the judging. “It’s not like the flames were ten feet high. It was a little grass fire, and I just kept stomping on it.”
Presenting the award to Floyd and other nominees were Postmaster General Pat Donahoe and NRLCA President Jeanette Dwyer.