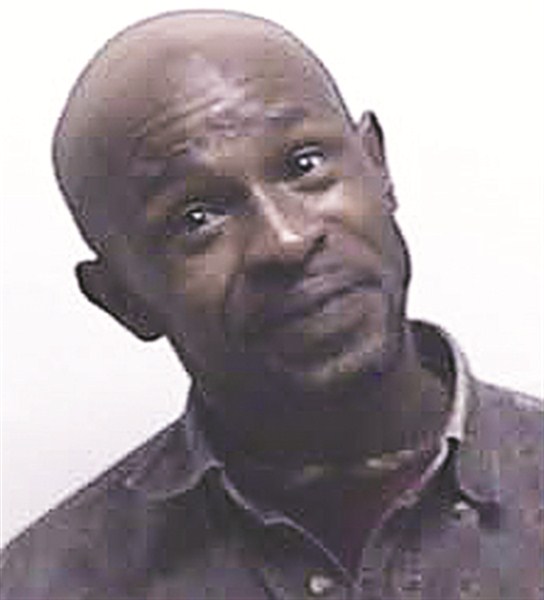 Threats of pepper spray and several shocks with a Taser were needed to subdue Rico James Gore during a recent confrontation with Tabor City police, a report by Lt. Ronnie Carroll said.
Police ended up inside Gore’s West 6th Street home on Aug. 16, Carroll’s report said, after area residents reported him on a bicycle, with a gun, the report said.
Officers responding to the report of a man pointing a gun at people were met by Corey Laverne Johnson, 43, and Letha Mae Johnson, 55. Both said Gore had been pointing a gun at them from his bicycle, the report said.
Carroll pulled alongside Gore, who was peddling, and ordered him to stop, the report said. Gore refused repeated commands to stop, pulled beside his home, and as Carroll exited his patrol car Gore ran inside, shouting “Y’all got nothing on me,” the report said.
After Carroll shouted that he would kick the door down, a woman opened it. Inside, Carroll struggled as Gore “pushed me away” as he attempted to take him into custody, the report said.

Pepper, Taser
Carroll pulled out his impact baton, but as he turned to make sure the woman shouting behind him was unarmed, Gore “grabbed the end of my impact baton,” the report said. “Rico and I wrestled around for a few seconds for control of the baton, and Chief Donald Dowless came in while I had Rico in ahead lock.”
Dowless threatened to use his pepper spray, prompting Carroll to withdraw and Gore to attempt to walk out, the report said. As Carroll pushed Gore back, Capt. Dean Foley arrived and told Gore he would tazed if he did not comply.
“Rico refused and told Capt. Foley ‘Go ahead and taze my a– then,’” the report said. “Capt. Foley shot Rico with the Taser, and when Rico fell, myself and Chief Dowless attempted to secure Rico in handcuffs. Rico continued to struggle and Capt. Foley was forced to discharge the Taser several times before Chief Dowless and myself could get Rico secured in handcuffs.”
Police did not find a gun on Gore, but recovered eight .22 caliber bullets in his front pocket, the report said.
Gore was charged with two counts of assault by pointing a gun, assault on an officer, resisting police.