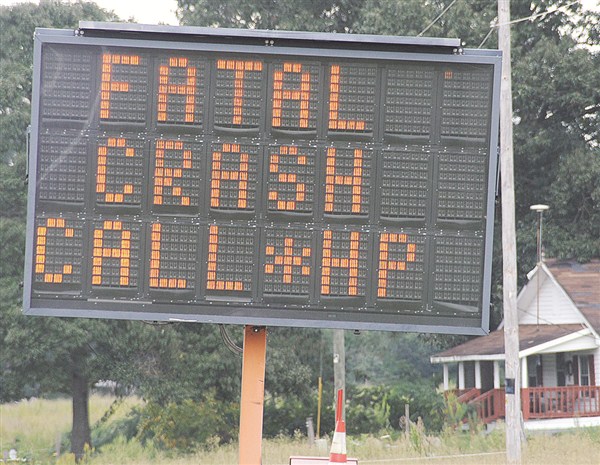 This sign near the scene of Saturday morning’s hit-and-run auto fatality asks anyone with pertinent information to call the South Carolina Highway Patrol. 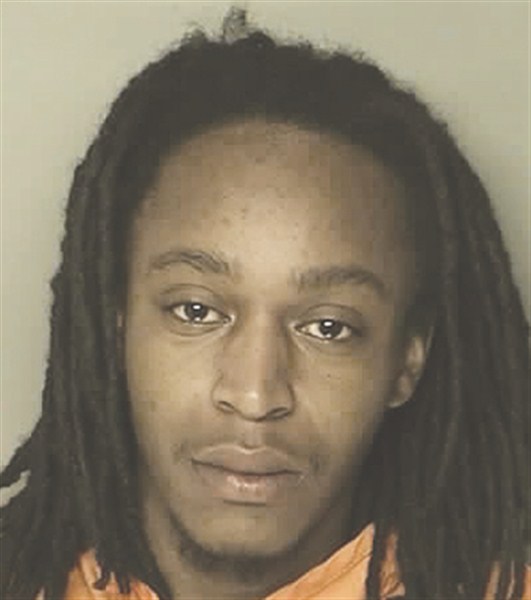 An early morning hit-and-run crash that left a Tabor City man dead on Saturday has the South Carolina Highway Patrol looking for the responsible person, Lance Cpl. Sonny Collins said.
Cruz Christeah Johnson, 25, of the 1300 block of Clyde Norris Road, east of Tabor City, died after apparently being struck from behind in the 2000 block of Log Cabin Road, east of Loris, Horry County Coroner Robert Edge Jr. said.
A passing motorist reported a body in the road just after 5:30 a.m. Saturday, Collins said.
“We think he was struck sometime within a half-hour before that,” Collins said. “That’s a pretty busy road.”
Edge believes evidence suggest a taller vehicle, perhaps a SUV or larger truck, may have struck Johnson, but Collins said patrol investigators are not confident.
“We’re not ruling anything out at this point,” Collins said. “Our reconstruction team is working to figure that out, and will be working to put together a timeline for the victim.”
Investigators don’t know why Johnson was walking on the road before dawn, just a few hundred yards south of the state line, Collins said. Johnson’s home was about five miles from where he died.
Anyone with information on the crash, Collins said, is asked to contact the S.C. Highway Patrol at 843-661-4700.