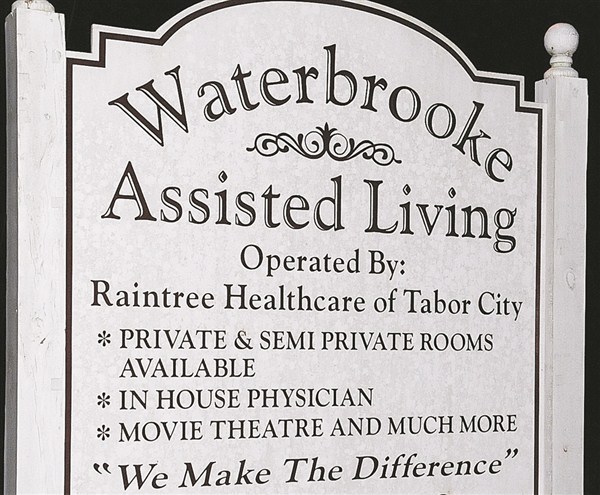 Residents of Waterbrooke Assisted Living, in operation in Tabor City for nearly three decades, were told Thursday night they would be relocated by Saturday.
Residents said they were not given a specific reason, but generally told the facility would be closed for health and safety reasons. About half of the facility’s 80 beds are currently filled, residents said.
An issue involving bed bugs at the facility was discovered this week, and inspectors with the Columbus County Health Department confirmed the problem on Thursday. Health Director Kim Smith said.
Smith, who was out of town Thursday night, said she was not aware state officials would be ordering residents out Thursday night.
There was no indication that anyone would be moved Thursday night, but Columbus County Department of Social Services officials were onsite to assist residents with relocation, a state Department of Health and Human Services official said. She referred questions to the department’s public information officer, but only provided an office number in Raleigh, which was answered by voice mail Thursday night.
Some residents said the facility is in need of repair, and that owners have not maintained it well. Others said they did not want to leave.?    “This is my best friend,” Karen Hayes, 57, a Tabor City area native said, breaking into sobs. “I may never see her again.”?    That friend, Hilda Cable, 75, got up and embraced Hayes, trying to console her.
“This is unfair,” Hayes said. “I love it here. It’s not unsafe.”
Minnie Horne, 58, said the facility has needs, and that manager Sharon Crawford “does the best she can with what she has,” but that there never seems to be money for needed repairs.
“I sleep in the living room, because I’m scared to go in my room,” Horne said. “People come in. The doors don’t lock.”
Crawford, late Thursday, said “I’ve got my hands full right now,” and said she might be available on Friday.
Originally constructed as the 40-bed Columbus Cove Rest Home in 1986, the number of beds there doubled later, and the name changed over the years, to Pinedale Residential, then to Waterbrooke in 2005.
Look for more on this developing story in the Sept. 26 Tabor-Loris Tribune print edition.