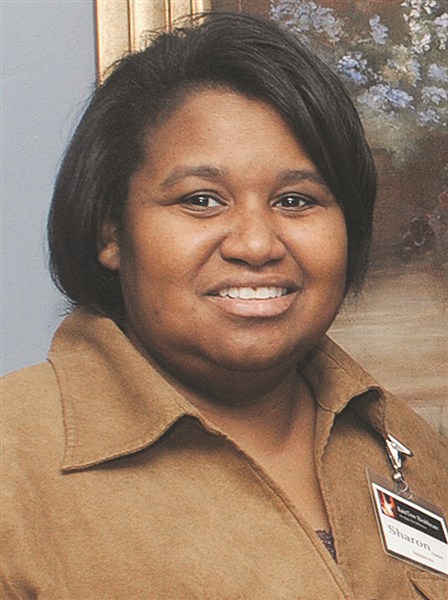 A temporary restraining order granted Friday halted and reversed the relocation of residents of Waterbrooke Assisted Living in Tabor City, court and facility officials said.
Facility managers were served with an order suspending Waterbrooke’s license to operate Thursday night. That order, from the North Carolina Department of Health and Human Services (DHHS) was to be effective at 5 p.m. Saturday, once the last of 77 residents were removed.
Judge Beecher R. Gray in the Office of Administrative Hearings in Raleigh verbally issued the restraining during a telephone conference call hearing Friday morning, a spokeswoman for the judge said.
A written order was signed by the judge late Friday afternoon.
“There coming back today,” Waterbrooke manager Sharon Crawford said. “They’re on the way to get them now.”
Fifteen residents were taken to other facilities about 3:30 a.m. Friday, Crawford said. Others were transferred later in the morning, with 34 remaining at Waterbrooke by the time news of Judge Gray’s order was received Friday.
In his order, Judge Gray found that both Waterbrooke and its residents would “suffer immediate and irreparable harm” if DHHS officials are allowed to remove residents before the facility can appeal the order suspending its license, and that the “likely harm to residents…may outweigh the likelihood of harm caused by residents remaining in the facility pending an opportunity for the parties to be heard in this matter.
Another hearing is scheduled for next Wednesday.

“Imminent danger”
In its notice of suspension, DHHS Adult Care Licensure Section Chief Barbara Ryan said that agency inspectors had found that “conditions at Waterbrooke Assisted Living present an imminent danger to the health, safety and welfare of the residents and that emergency action is required to protect the residents.”
Agency staff, during inspections this week, cited Waterbrooke for violations that include:
•    Personal care and supervision
•    Health care
•    Medications
•    Residential rights
Crawford, earlier Thursday, said the DHHS order was “vague.”
“It said there was danger?” Crawford. “Was there lightning, thunder, a hurricane I wasn’t aware of?”

Bed bugs
A problem with bed bugs discovered at Waterbrooke earlier in the week was addressed, Crawford said. Residents said a “bed bug dog” found the pests in a few rooms in one wing of the facility, and Crawford said professionals were taking care of the problem.
Crawford said the DHHS decision to suspend Waterbrooke’s license was unwarranted, and especially difficult for residents.
“They were devastated,” Crawford said. “All of this could have been avoided. It has been awful.”

Better care
DHHS inspectors found conditions at Waterbrooke this week bad enough to warrant immediate action, spokesman Jim Jones said.
“They had to make an on-the-spot, hand-written order,” Jones said. “This was a case of act now, take care of the paperwork later.”
License suspensions like the one ordered at Waterbrooke happen infrequently in North Carolina, Jones said. In some cases facility owners accept the order, in others they challenge it, as Waterbrooke has done.
(Paragraph above changes the word “frequently” to “infrequently,” correcting misunderstanding with DHHS spokesman Jones. – Editor)
“In the end, folks will end up with better care,” Jones said. “Either if they end up in a better facility, or if the owners realize they have to provide better care.”