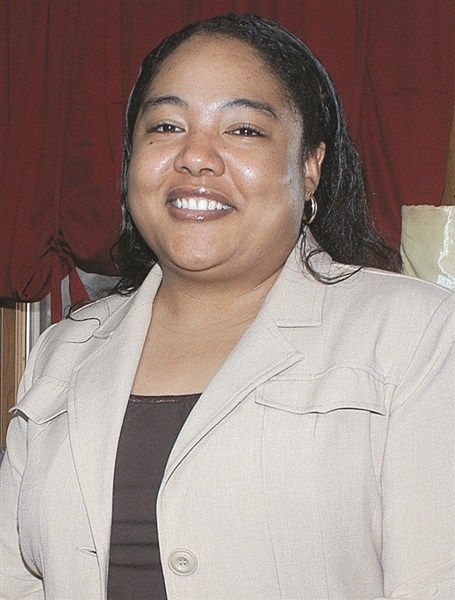 One resident of Waterbrooke Assisted Living in Tabor City lay dead in his bed for hours before staff there discovered his passing on Sept. 6, documents released by a state agency now moving to shut down the facility show.
Owners of Waterbrooke, an adult care facility, were notified by certified mail and e-mail on Wednesday of the state’s intention to revoke its license to operate, documents released Thursday by the N.C. Department of Health and Human Services show.
View DHHS documents:
•    “NOTICE OF INTENT TO REVOKE ADULT CARE HOME LICENSE“
•    “Certified Main and Electronic Mail” document
•    “Statement of Deficiencies dated 9/20/2012“
Waterbrooke, the notice said, “has substantially failed to comply” with state law and agency rules regarding its operations.
Notice was addressed to Reema Owens, managing member of Charlotte based RainTree Healthcare of Tabor City, LLC, owner of Waterbrooke. Waterbrooke manager Sharon Crawford on Thursday said that she had not received the state’s notice, and that Owens would have no comment.
Waterbrooke owners have ten days to “show compliance with all lawful requirements for retention of your license,” the notice said.
Waterbrooke owners will also have “one opportunity to question cited deficiencies through an informal dispute resolution process,” the notice said, and have until Oct. 25 to make a written request “disputing the severity of noncompliance that resulted in a violation determination.”
DHHS spokesman Jim Jones on Thursday said he was not sure how long the revocation process might take, depending on Waterbrooke’s response, but that he believed it would be a matter of “weeks, not months.”

Unattended death
John A. Herring Jr., identified as “Resident #10” in the DHHS documents, was found dead in his bed at Waterbrooke about 7:30 a.m. on Sept. 6. He was 60.
Waterbrooke staff told DHHS investigators that the coroner said Herring had been dead for 12 hours, though Columbus County Coroner Linwood Cartrette on Thursday said that was not true.
“It’s impossible to determine,” Cartrette said. “I don’t think it was 12 hours. I estimated about eight hours.”
Herring had a history of alcoholism that compounded other medical problems, Cartrette said. He ruled Herring’s death as “complications of chronic alcoholism, secondary to diabetes and hypertension.”
Cartrette did not order an autopsy. Herring was buried in Murrells Inlet, SC on Sept. 9, an obituary posted by a funeral home in that area said.
Investigators reviewed surveillance video at Waterbrooke that showed Herring falling three times while under the carport on the afternoon of Sept. 5, documents show. Staff members did not help him get up the first time, and said he got up on his own.
Other residents helped Herring up after the second and third fall, the last time taking him back into the building.
One staff member told investigators, confidentially, that she “just thought he was drunk because he stayed drunk all the time,” the DHHS report said.
Other staff members told investigators that it was hot on Sept. 5, that Herring was outside for some time, and that during the afternoon he was seen having “dry heaves.”
Staff checked Herring’s blood sugar level at 10 p.m. on Sept. 5, as he slept, and found him snoring, the document said. Staff looked in on him at 5:30 a.m. on Sept. 6 and noted that he did not respond when spoken to. He was not physically checked until two hours later, when he was found dead.

Bugs
Bedbugs were noted by staff at Waterbrooke for months prior to the Sept. 20 DHHS effort to suspend the facilities license, but efforts to address the problem were stymied by a lack of resources, documents allege.
One staff member told investigators “I did not call the pest control company because they have not been paid,” the document said.
Bedbugs were so prevalent in one room, the document said, that one resident’s face was “covered with bedbugs” on the morning of Sept. 17. A maintenance worker told investigators he was going to replace the mattress, “but the facility did not have good mattresses to replace them with.”
While that resident was taken from the room on Sept. 17, another was left there, removed two days later when the Department of Health responded to an anonymous complaint, and sent an inspector.
DHHS inspectors on Sept. 20 noted a strong chemical smell from the room, and discovered that maintenance workers had used a chemical solution to clean the room of bedbugs, but used six tablespoons to a gallon of water, not two tablespoons as the label instructed.
Roaches invested two rooms, DHHS inspectors found, including the one with the bedbug problem. A resident of the other room told investigators “We fought those roaches all night.”

Violations
DHHS inspectors documented two major “Type A1 Violations” in the “Statement of Deficiencies, and numerous other violations. Fines for the various violations can range from $400 to $1,000 per day, up to $20,000 per violation in the most serious cases.
Violations alleged in the document include:
•    Failure to provide supervision for residents “in accordance with assessed needs, care plan and current symptoms.” Herring’s death was one of the examples listed under this section.
•    Failure to meet routine and acute health care of residents.
•    Failure to maintain a clean environment free of hazards relating to bedbugs and roaches.
•    Medication administration. A doctor’s order to withhold the blood thinning medication Coumadin was not followed, and an antibiotic ordered for the same resident was never administered, DHHS inspectors found. Of the Coumadin error, the DHHS reported that “the physician stated in this case the resident could have bled out and died.”
•    Physical environment. Investigators found two of five exterior doors at Waterbrooke did not have alarms to prevent “wandering and disoriented residents from leaving,” that residents knew which doors to use to avoid detection, and that alarms that sounded frequently were often ignored by staff.
•    Water. Inspectors found that residents were not given water during meals at lunch on Sept. 19, and at supper on Sept. 20.
•    Reporting. Reviewing Waterbrooke records DHHS inspectors sampled five incidents or accidents that resulted in ambulance transport for residents, and none were reported to the county Department of Social Services as required.

No new residents
A DHHS order prohibiting Waterbrooke from admitting new residents, issued on Sept. 25, remains in effect.
That order came five days after DHHS inspectors, with support from the Columbus County Department of Social Services, move on Waterbrooke and notified residents they would all be relocated.
Some Waterbrooke residents were taken to other facilities about 3:30 a.m. on Sept. 21. Later that day Waterbrooke attorneys were able to obtain a restraining order that blocked the state from removing more residents, and allowed those who had been taken to return.
There were 77 residents at Waterbrooke on Sept. 20, a little more than 40 at the 80-bed facility a week later.

More
Look for more on this developing story in the Oct. 10 Tabor-Loris Tribune print edition.

Car crashes through fences, overturns into pond at Daddy Joe’s