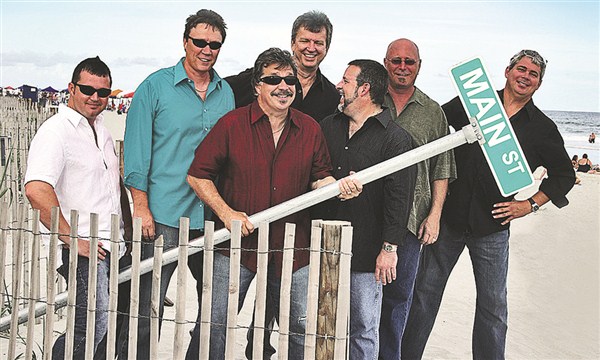 Beach music and other popular sounds will resonate at the Civitan Athletic Complex in Tabor City as Taste of Tabor takes on a new flavor this Thursday night.
Craig Woolard Band will provide the musical entertainment as Taste of Tabor spreads its arms wide, inviting everyone to get in on the music and the fun.
Gates open at 6 p.m., the music begins at 7. Admission is only $5, and there will be plenty of food available for purchase from Fowler’s Grill and The Todd House on site.
It’s an opportunity to dance the night away, until 10 p.m. anyway. Bring a blanket or lawn chair of you want to sit during dance breaks, and come ready to have a good time, event chair Angie Grainger says.
Craig Woolard Band is no stranger to Tabor City, or the Yam Festival, This popular beach, boogie and fun music band has provided the backdrop for more formal Taste of Tabor events in the past, and clearly knows how to have a good time.

About the band
Making music since the age of 14, Craig Woolard fronts this high energy show band. A writer for the band’s website, and an unabashed fan, once described the band this way:
“From the moment they hit the stage, until the very last song, they make you want to dance and have a good time. If you have ever had the pleasure of attending a performance by this band, then you know – you’ve gotta love these guys!
“From a fan’s perspective, no band in the business works harder to please their audience. I stand in awe of this man and his band – we continue to witness the on going evolution of an amazingly talented group of musicians. The yellow butterflies still surround them.”
Their 2009 album, Main Street People, has generated his and glowing reviews. Both Harlem Shuffle and Your Love Is Amazing have reached #1 on beach music charts, and the band has landed eight nominations in the 2012 CBMA Awards. Voting for those awards ended Monday, Oct. 22.
CBMA nominations include Craig Woolard for both Male Vocalist and Entertainer of the Year. He won the Male Vocalist of the Year award in 2010.
Other nominations include the band as Group of the Year, Album of the Year for Main Street People, Blues Song of the Year for Harlem Shuffle, Alan Wentz for Live Production and Instrumentalist of the Year, and Event of the Year for the 2012 Making Waves Cruise with CWB.
Band members also include Greg Watson, Keith Stone, Andy Swindell, Alan Wentz, Don Jordan, Adam Barber, and Jerry White.
Then there is Lady Soul.
Originally known as “Johnnie’s Girls”, sisters Katha, Sal, and Mattie perform with the band by special request. Though not expected in Tabor City, CWB fans will know them from their frequent, soulful performances.
For much more on this year’s North Carolina Yam Festival at Tabor City, see the Oct. 24 Tabor-Loris Tribune print edition, including a special 40-page tabloid festival section.