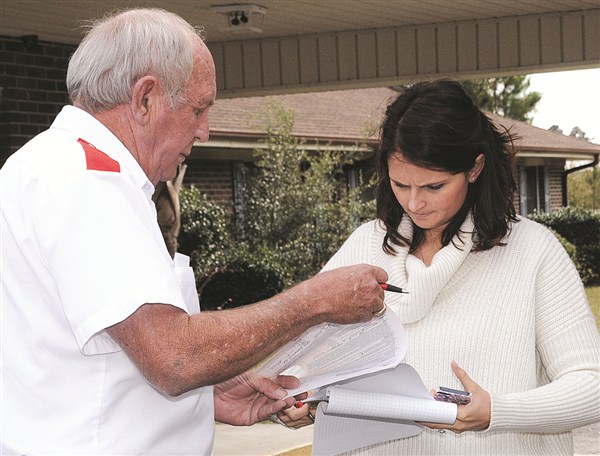 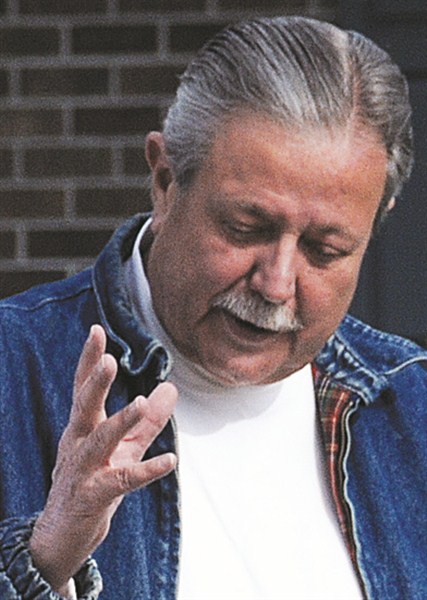 UPDATE: Waterbrooke Assisted Living has no residents, as of Wednesday, NC Department of Health and Human Services spokesman Jim Jones said late in the day.
Plans by those who own the facility, Care of North Carolina, Inc., to transfer management from Charlotte based RainTree Healthcare to RenCare Solutions, Inc. of Yadkinville effective Thursday, are now on hold RenCare attorney Jacob A. Wagoner said late Wednesday.
While RainTree’s lease agreement for Waterbrooke was to expire at midnight Oct. 31, its current license to operate the facility is valid through the end of the year, Wagoner said.
DHHS officials are involved in a process to revoke RainTree’s license to operate Waterbrooke, but a “Plan of Corrective Action” submitted by Waterbrooke more than two weeks ago remains under state view, the status of that license still in limbo, but valid at this time, Jones said.
Raintree officials, Wagoner said, had initially agreed to cooperate with an orderly transition to new management for Waterbrooke, Wagoner said. Now, he said, Raintree is no longer cooperating with Care of North Carolina.
About 35 Waterbrooke residents were moved to Clinton by RainTree staff on Sunday, and about four left behind are now gone, at least some with family members.
——————

Owners of Waterbrooke Assisted Living, a troubled facility facing license revocation efforts by the state, are showing current management the door, effective tomorrow.
Owners may have an empty building, at least for now, though they are poised to put new management in place.
Current managers for Charlotte based RainTree Healthcare moved most of the remaining residents to an assisted care facility in Clinton on Sunday, N.C. Dept. of Health and Human Services spokesman Jim Jones said.
“Apparently 35 of the residents have been transferred to Clinton House in Sampson County,” Jones said Tuesday in an e-mail response to an inquiry about the status of Waterbrooke residents. He added the staff from DHHS’ Adult Care Section “had staff on-site in Clinton last night and today to investigate a complaint regarding the transfer, and to verify their status.”
A telephone message left for the Clinton House administrator, identified on its latest, and pending license application as Marion G. Lockamy of Lillington, was not returned on Tuesday. The telephone for Clinton House, listed on that same application, was not in service on Tuesday.

Non-renewal
RainTree’s lease for Waterbrooke expires today, and its request to renew was declined, said Larry G. Reavis, a Yadkinville attorney and registered agent for facility owners Care of North Carolina, Inc.
“We refused to re-lease it,” Reavis said.
Reavis said he is among the original owners of the Waterbrooke property, which still includes Dr. Stephen Grubb, a long-time Tabor City physician, and had included the late Dr. William Stout.
“We’ve contracted out the management,” Reavis said.
Since late 2007 that contract has been with RainTree. DHHS officials began efforts to shut Waterbrooke down on Sept. 20, evacuating some residents before an administrative law judge granted a temporary restraining order slowing the process.
Documents released by DHHS several weeks later alleged numerous violations of policy and procedure, described the death of a Waterbrooke resident after falling three times outside the facility, and being put to bed by fellow residents after staff ignored him.
A bedbug and roach infestation in at least two rooms was also documented in the DHHS report.
RainTree’s response, a “plan for corrective action,” was received by DHHS about two weeks ago, but has not been publicly released pending a staff review, Jones said.
RainTree is also seriously delinquent on its lease payments for Waterbrooke, Reavis said, currently owing some $400,000.

New management
Reavis said he has awarded the Waterbrooke lease to another Yadkinville business, RenCare Solutions, Inc., effective Nov. 1
RenCare Vice President and Registered Agent Lauren Reavis has been assigned on-site management of Waterbrooke, Larry Reavis said. The two are not related, Larry Reavis said.
Lauren Reaves, at Waterbrooke Tuesday, stressed that her work could not begin until Thursday, when the new lease is effective.
It was not clear Tuesday if RenCare would be operating an assisted living facility, or managing an empty building. Its “Change Licensure Application” was just filed with DHHS, and its $2,062.50 fee paid, on Thursday.
“I don’t know how long it normally takes for that kind of an application to go through,” Jones, the DHHS spokesman said Tuesday.
Larry Reavis said he was optimistic the license change could be complete by Thursday.

Bumpy transition
RenCare President Karen Boyles was at Waterbrooke Sunday night, arriving just after 8 p.m., attorney Jacob A. Wagoner of Yadkinville said.
Boyles was stunned to find out most of Waterbrooke’s residents were gone, and surprised by the reception she received. Reema Owens, representing RainTree, called 911.
“Dispatch informed me that the owner of Waterbrooke had called and said the new owner was on the property but was not supposed to be until November 1,” a report by Officer Matthew Turner of the Tabor City Police Department said.
Police conferred with the on-site administrator, and relayed to Boyles that she was not wanted on the property before Nov. 1.
Boyles left, the report said.
But Wagoner said Boyles’ arrival should not have been a surprise. It was supposed to be part of an orderly transition from RainTree to RenCare, one that wouldn’t disrupt residents.
“Ms. Owens knew they were coming,” Wagoner said. “Karen wanted to get the feel of the place, to get ready for the transition.”

Clearing out
When Larry Reavis, Lauren Reavis, and Wagoner arrived at Waterbrooke Tuesday morning there were only four residents left, and workers were loading trucks with all kinds of items from inside, Wagoner said.
Electronic alarms for most of the Waterbrooke doors were removed and hauled off, Wagoner said. Inadequate alarms were among the deficiencies DHHS had found at Waterbrooke in September.
Kitchen equipment was also packed up, Wagoner said, including items that belong to the facility, not the managers.
Police were called again, this time by Wagoner. No action was taken, but the presence of law enforcement made a difference, he said.
“The flow of stuff coming out of the building and into the trucks changed, and some of it started coming out of the trucks and back inside.”
Wagoner said the property owners will contact law enforcement and explore legal options if it is determined any property was wrongfully taken.

Inspections
A local pest control company contacted by RainTree management to complete eradication efforts following the bedbug and roach reports had not done that work, Wagoner said.
Fire safety inspections were past due, too, he said.
Orkin, and Tabor City Fire Chief Jerry Hodges, were called by Wagoner. Both were on-site Tuesday afternoon. Lauren Reavis signed contracts for immediate work and long-term treatment before the Orkin man left.
There was some good news from the Orkin man, Larry Reavis said.
“He found one, just one, bed bug.”
Hodges said he found more problems, including fire extinguishers and kitchen fire prevention systems with out-of-date service tags. None of the violations appeared major, Hodges said, and should not be difficult to correct.

For sale?
Larry Reavis said facility owners had considered putting the property up for sale, but won’t do so now.
“It’s the reputation,” he said.
Waterbrooke’s reputation is in tatters, Larry Reavis said. But Wagoner noted that many of its residents, including a good number of those taken to Clinton House, want to come back.
“They have family connections, they are local,” Wagoner said. “This is home.”
Wagoner said RenCare’s team will work to make Waterbrooke a good facility, and has the expertise to make that happen.
“Give it time, and I expect they would have an open house and show what it can be,” Wagoner said.