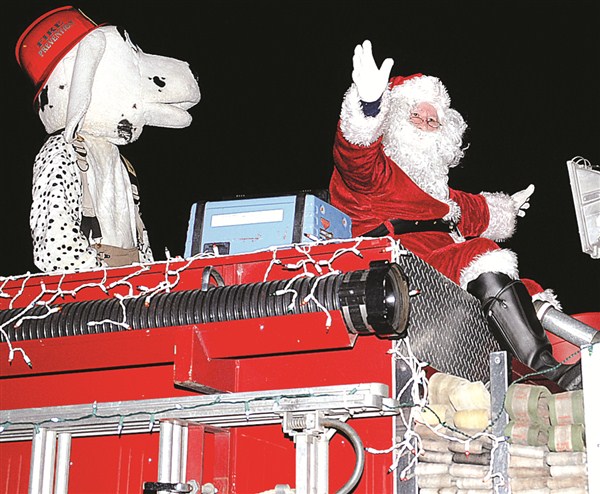 Planning for Christmas parades in the Tabor-Loris Community is already well underway, with a Nov. 30 date set for Loris, Dec. 1 in Tabor City.
Loris kicks off its celebration first, with its parade beginning at 6 p.m. on the final Friday in November, followed by a tree lighting near the city flags.
Christmas on Main, sponsored again by the Loris Chamber of Commerce, will take place on Fridays beginning Nov. 30 and ending on Dec. 14. Details are to be announced soon, said Chamber representative Samantha Norris.
Commercial float sponsorships for the parade are on sale, Norris said. Contact the chamber for details.
A holiday display contest is also planned for the season in Loris, Norris said. Contact the chamber for details.

Tabor parade
There will be no entry fee for this year’s Tabor City Christmas Parade Under the Lights, and applications for the 6 p.m. event on the first Saturday in December will be accepted at the Tabor City Police Department beginning Monday, Nov. 12.
Entry forms are available at the TCPD, and should be returned to Gail Buffkin there, or by fax at 910-653-4889.
This 18th annual event is always a crowd please, and for several years has been of benefit to the Tabor City Public Library. Town officials agreed to waive the fee this year, because of the cancellation of the North Carolina Yam Festival and a decision by its directors to refund parade entry fees.
Those who wish may contribute that fee to the festival, while taking part in the Christmas parade. There is no obligation, because no one will be charged for the Christmas parade, Town Manager Al Leonard said.
A tree lighting ceremony at the Library, sponsored by the Greater Tabor City Chamber of Commerce, will follow the Christmas parade. A merchant display contest is also being sponsored by the Chamber. Contact Chamber Executive VP Cynthia Nelson for details.