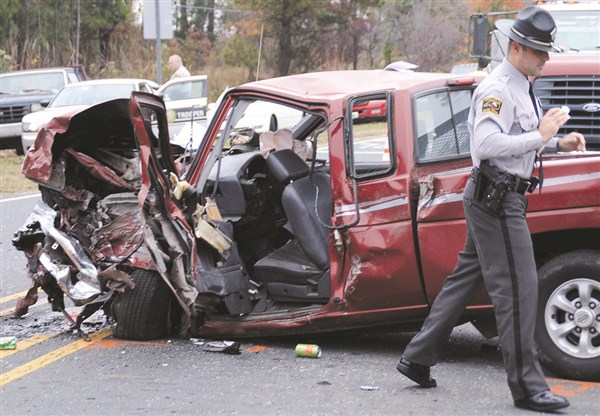 Ernest Ben Gore, an elderly resident of the Sidney Community on U.S. 701, died following a head-on crash involving his small pick-up truck and two other pick-ups just after 7 a.m. Tuesday, Columbus County Coroner Linwood Cartrette said.
Witnesses on the crash scene said Gore’s truck drifted across the center line as he headed to Tabor City, apparently to keep his typical morning appointment drinking coffee with friends at a local convenience store. Cartrette said a medical incident could have triggered the wreck, and that a physician in the emergency department at McLeod Loris hospital was expected to sign the death certificate.
A woman in a second truck was hurt, but her injuries did not initially appear to be life threatening, witnesses said. A four-man work crew in the third truck escaped unhurt, though materials they carried in a trailer were strewn on the road shoulder.
Look for additional details in the Nov. 28 Tabor-Loris Tribune print edition.