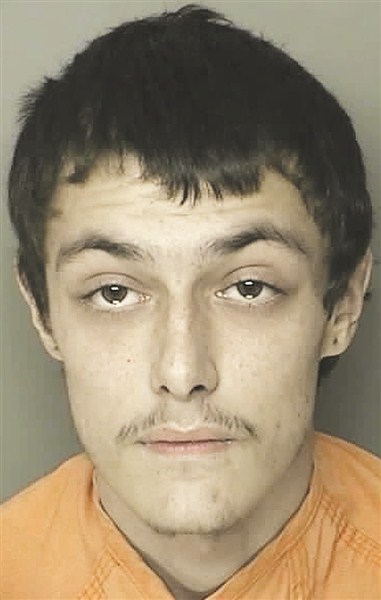 A friend has been charged with involuntary manslaughter in the shooting death of a Loris teen, Sgt. Robert Kegler of the Horry County Police Department said Wednesday.
Anthony James Phillips, 21, of Flattop Road, Loris, was booked at the J. Reuben Long Detention Center near Conway on the morning of Nov. 21, and released before 5 p.m. that day after posting a bond of $25,000.
He is charged in the death of Travis Lee Prince, 19, of Blue Bird Road.

Alcohol, marijuana & a gun
Prince, Phillips, and Jose Allen Valez, 17, a neighbor of Phillips who also lived on Blue Bird Road, were in a vehicle in a field behind a Blue Bird road home late on the night of Nov. 16, drinking alcohol and smoking marijuana, a report by Officer Tabitha Smith said.
Valez told police that Phillips pulled out a .38 caliber handgun, and loaded four bullets into it, the report said. Valez told police that he did not now how, but that Phillips “accidentially pulled the trigger and struck the struck the victim who was sitting in the back seat on the passenger side,” the report said.
Valez told police he jumped from the car, ran to his house and wakened his stepfather. By the time Valez and his stepfather stepped back outside, Phillips had driven away.
Loris police were called a short time later to a McQueen Street home, where Phillips had taken Prince, Prince was taken by ambulance to McLeod Loris hospital, where he died several hours later.
Police detained Phillips, and investigators went to the hospital. Cpl. Justin Miller seized Phillips’ revolver, and placed it into evidence.
Funeral services for Prince were held Tuesday, and Phillips surrendered to police this morning.