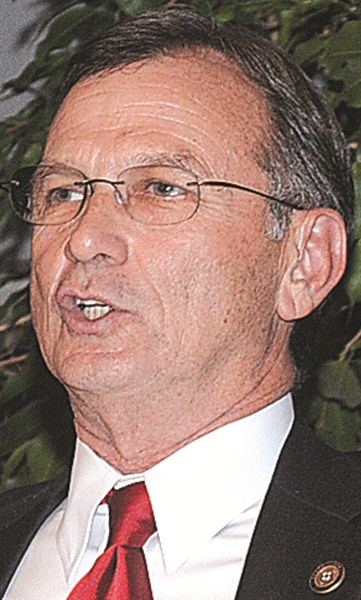 State Sen. Bill Rabon is expected to co-chair the powerful Senate Finance Committee in 2013, Senate President Pro Tempore Phil Berger announced Thursday.
Rabon, a Brunswick County Republican, currently represents a district that includes Columbus County. A western Columbus County native, Rabon’s district will no longer include the county in 2013 as a result of re-districting.
Sen. Bob Rucho, a Mecklenburg County GOP member, is to be appointed to serve as co-chair with Rabon, said Berger, a Rockingham County Republican. Those appointments will be made when the legislature convenes early next year.
The Finance Committee oversees the state’s tax system and controls the way in which state government collects revenue.
“Senators Rucho and Rabon are both hard-working legislators whose commitment to balancing the state budget without raising taxes will serve the Finance Committee well,” said Berger. “As the economy continues to recover, their leadership will be instrumental to reforming our antiquated tax system to encourage growth, lure businesses to North Carolina and jumpstart private sector job creation.”
Posted in News