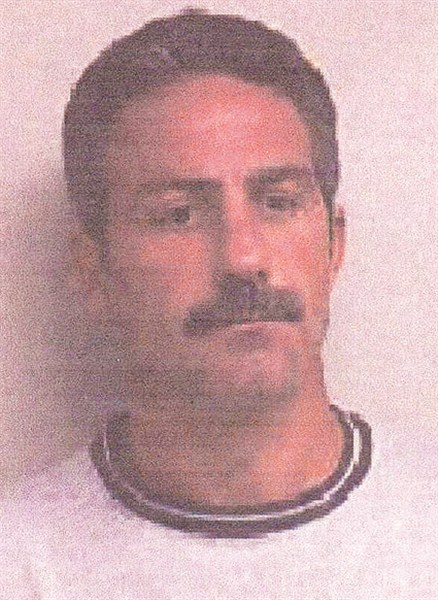 A suspect in the Christmas day murder of a Tabor City area man was identified Friday by investigators who also want to talk to him about a stabbing, Maj. Lewis Hatcher of the Columbus County Sheriff’s Office said.
Richard Dale English, 42 of 4200 Green Sea Road, Green Sea, SC, is charged in a warrant with the Christmas day murder of Antonio Segovia, 51, Hatcher said.
Segovia was shot dead outside his 988 John Coleman Road home, west of Tabor City, just before 12:30 a.m. on Tuesday, Hatcher said.
Amy Jane Wilson, 35, who was Segovia’s girlfriend, told investigators that English took her by force from the home, and was with at least two associates, Capt. David Nobles said previously.
Nobles, early in the investigation, said Wilson’s ex-boyfriend was the suspected killer, but did not initially identify English by name.
Names of English’s associates have not yet been made public.
Hatcher said investigators also want to talk to English about a stabbing that took place in the Williams Township area about 7:30 a.m. Friday.
A man identified as Kenneth McMillan was stabbed as he tried to break up a fight between two women, Hatcher said.
As McMillan struggled with the women, a man “turned and jumped on him,” Hatcher said.
McMillan suffered a punctured lung and was admitted to Columbus Regional Healthcare, Hatcher said. He is expected to survive.
English should be considered armed and dangerous, Hatcher said. Anyone who knows where he is should contact law enforcement.