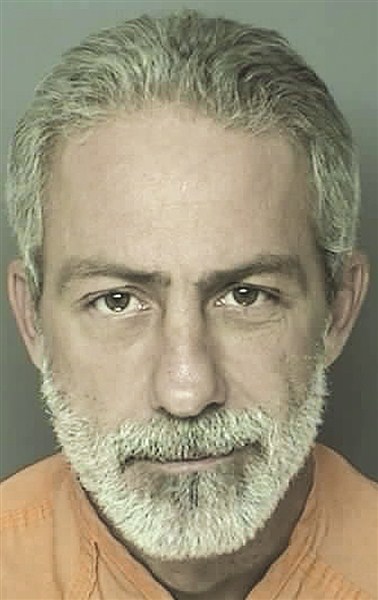 A suspect in the Christmas day murder of a Tabor City area man was apprehended at an Horry County nightspot Saturday night, Capt. David Nobles of the Columbus County Sheriff’s Office said.
Richard Dale English, 42 of 4200 Green Sea Road, Green Sea was held at the J. Reuben Long Detention Center near Conway on fugitive warrants from Columbus County, Nobles said. Those warrants charge English with murder and kidnapping in the Christmas Day slaying of Antonio Segovia, 51, outside his John Coleman Road home west of Tabor City.
Amy Jane Wilson, 35, who was Segovia’s girlfriend, told investigators that English took her by force from the home, and was with at least two associates, Nobles said previously. Investigators have not released the names of those associates, who remain at large, Nobles said.

Stabbing
English was arrested with a second man at a nightspot in the Daisy Community near Loris in Horry County Nobles said. James B. “J.J.” Huggins, 32, of Clarendon, had suffered a knife wound and was taken to McLeod Loris hospital for treatment before being taken to J. Reuben Long, Nobles said.
Warrants charge both English and Huggins with assault in the stabbing of Kenneth McMillan at his Mollie Road home north of Tabor City about 7:30 a.m. on Friday, Nobles said. Huggins was allegedly stabbed during the altercation with McMillan, which allegedly occurred as McMillan tried to break up a fight between two women, Maj. Lewis Hatcher said earlier.
McMillan had surgery on Friday, and was recovering at the hospital in Loris on Sunday, Nobles said.
Look for more on this story in the Jan. 2 Tabor-Loris Tribune print edition.